With yolo we can detect objects at a relatively high speed. With a GPU we would be able to process over 45 frames/second while with a CPU around a frame per second.

How to install YOLO?

Here I’m going to describe the 3 most used and known frameworks compatible with YOLO and the advantages and disadvantages of each one:

How to use YOLO with Opencv

We will focus in this tutorial on how to use YOLO with Opencv. This is the best approach for beginners, to get quickly the algorythm working without doing complex installations.

Let’s start by importing the libraries Opencv and numpy and then we load the algorythm.

We import the classes:

We then load the image where we want to perform the object detection and we also get its width and height.

Now that we have the algorythm ready to work and also the image, it’s time to pass the image into the network and do the detection.

Keep in mind that we can’t use right away the full image on the network, but first we need it to convert it to blob. Blob it’s used to extract feature from the image and to resize them. YOLO accepts three sizes:

The outs on line 21 it’s the result of the detection. Outs is an array that conains all the informations about objects detected, their position and the confidence about the detection.

At this point the detection is done, and we only need to show the result on the screen.
We then loop trough the outs array, we calculate the confidence and we choose a confidence threshold.

When we perform the detection, it happens that we have more boxes for the same object, so we should use another function to remove this “noise”.
It’s called Non maximum suppresion.

We finally extract all the informations and show them on the screen.

How to detect custom objects

To detect custom objects, you would need to create your custom YOLO model, instead of using the pretrained model.

To create a custom object detector, two steps are necessary:

For this purpose I recommend you to evaluate the purchase of my Object Detection course. You will find a dedicated lessons to easily train a custom object detector with YOLO and a notebook file that automatically configures itself for the training of multiple classes. 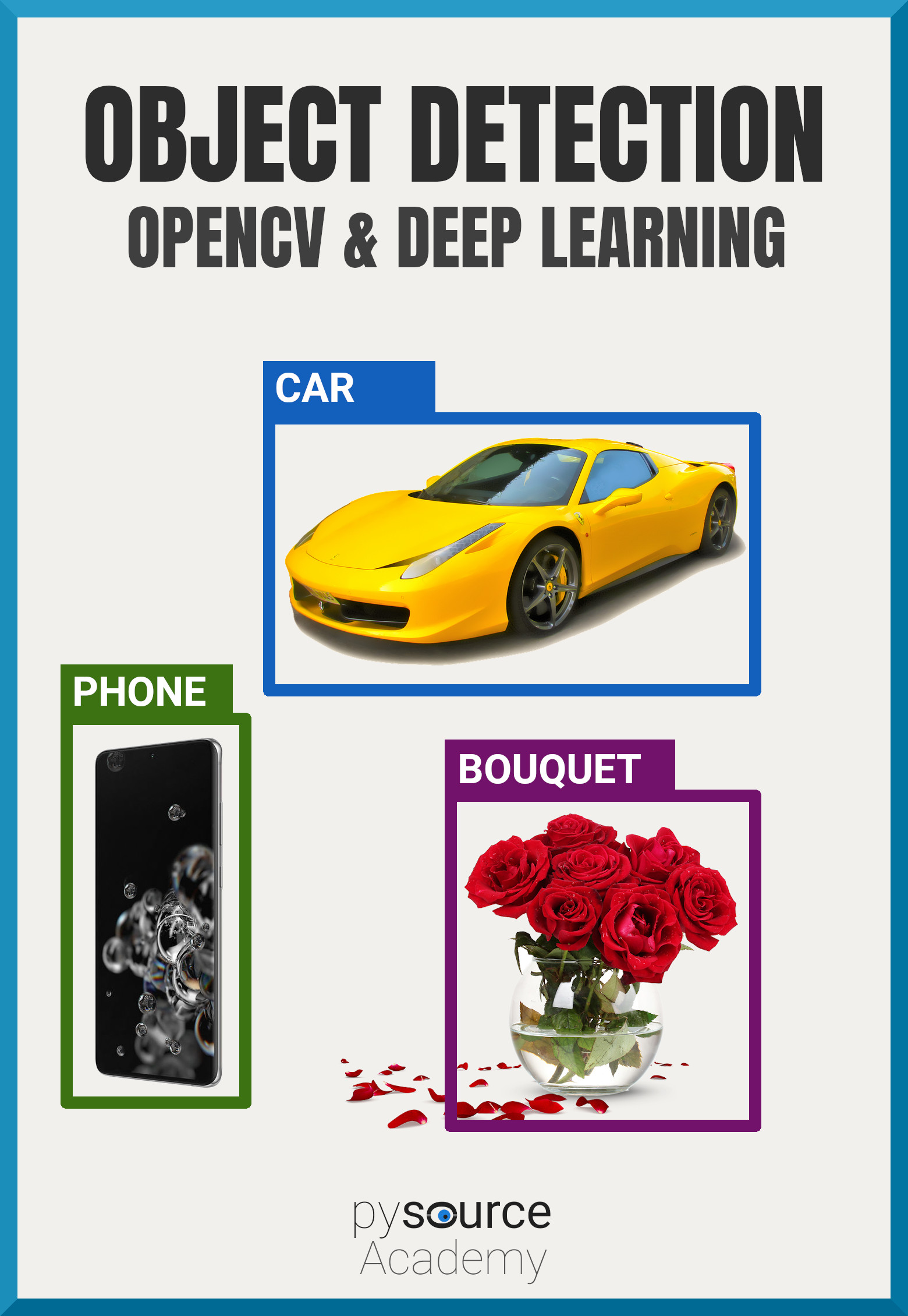